Microsoft News recently interviewed the co-founder and executive chairman of Volta, Carl-Magnus Norden, to discuss the future of electric vehicle (EV) trucks and their role in last mile delivery. Volta is a full electric vehicle manufacturer based out of Europe. According to Norden, Volta has recently updated its sales target for 2025, and hopes to enter the US market the end of this summer and early fall. The EV company plans to target New York initially, followed by other major cities, including San Francisco, Seattle, and Los Angeles.

Responding to a question about Volta’s goals regarding factory production, Norden stated that there are plans for the potential for US production of such EV trucks beginning in 2024. A site has not yet been chosen but US production is a “serious consideration for the company.”

Norden discusses Volta’s comparison to rival medium sized truck companies such as GM, Ford, and Rivian – companies that have just begun the transition from traditional trucks to EV trucks. Most of these traditional truck companies are focused on the “smaller end” variety of trucks, whereas Volta’s “Zero” model is focused on mid-range, or 7.5- to 19- ton, trucks. Volta is currently concentrating on city distribution, where, according to Norden, “electric makes a lot of sense” for last mile delivery vehicles.

The interview concludes with Norden responding to questions regarding the safety of the Volta “Zero” EV truck. The “Zero” model includes greater visibility and a cabin lower to the ground. Norden explains the design decision for this, citing: “The statistics on accidents between trucks and pedestrians and bikers in most cities are horrible. And that’s due to the classical design of the trucks. So they are sitting quite high up. There are blind spots all over the place. So that’s one of the reasons for us to really start designing from the ground up with electric in mind. And we manage…to hopefully minimize the blind spots. And we should bring the down the accident rates.” Norden also cites driver shortage as the other inspiration for the “Zero” model. With a shortage of delivery drivers, it has been difficult for the last mile logistics industry to attract enough drivers. Thus, Volta’s increased emphasis on the comfort and safety of its model will hopefully attract more delivery drivers.

Volta’s upcoming efforts to infiltrate the American logistics industry will be interesting, as the rise of ecommerce has catapulted electric vehicles to prominence in the US. Concern about greenhouse gas emissions is driving the move away from diesel delivery vehicles towards trucks and vans using alternative power sources. Many American auto manufacturers, such as GMC and Ford, are competing with start-ups like Volta to produce the most efficient and “smart” electric delivery vehicles. 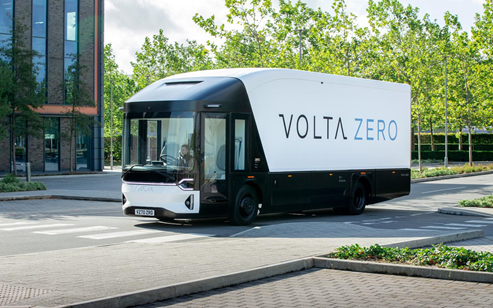 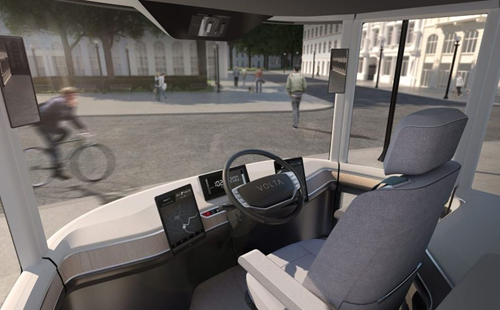 Sign up to receive blog posts directly to your email: